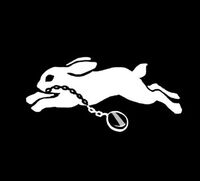 White Rabbit is an independent game studio based in Los Angeles, California. The studio is currently developing their first Title, Death's Gambit.

White Rabbit unofficially formed in February 2014 when Jean Canellas and Alex Kubodera started teaming up to work on a prototype that Jean had made back in 2012. This game would become Death's Gambit. It began out of a desire to make a game they felt they had to make. They felt that if they didn't make this game now, they might be missing out on a great opportunity. The two initially met in USC in their first class for their major Interactive Media.